It’s been a while since my last post. Hope you are well. Last time I uploaded a post was on 1. 1. 19., how can I forget. To be honest, I am still saying my ‘Thank YOUs’, especially for being on this platform and meeting so many amazing and talent people. Life in general have been a good teacher despite its sweet and sour combination.

I learnt so many things from reading, listening and watching some incredible video contents. A lot were motivational, inspirational and educational. I guess you see why my ‘Thank YOUs’ lingers on. Collaborating with Dr Perry on Life is an ever-changing blend of sweet and sour was truly special. I gained more friends in the community as a result.

Without wasting time, I am starting another website http://www.zedtears.com where I try to explore experimental image making to visually represent nerve pain or nerve sensations in abstract forms. It is a different kind of challenge I know, but it is truly remarkable how the nerves work if you’ve ever experienced any form of nerve issue or nerve pain. I will also attempt to explore pain in general. I have carried out a few interviews where I try to examine how people describe any form of pain condition they are going through or been through. Some of these will feature on the platform.

Pain, be it psychological, emotional, or physical is non-visual. The question is, can abstract images visualise pain? A Picture speaks a thousands words they say. One thing I can say though is that pain by its nature is abstract. People describe their pain in metaphorical or in abstract terms because they can’t physically see it but they can feel it.  Let’s attempt to capture our pain in writing or other forms and express these in a form of art, how about that?!

The images that I create are visual representations and are entirely open to interpretation. You are welcome to join me as I explore the abstract world of pain.

Your thoughts and comments are highly welcomed. 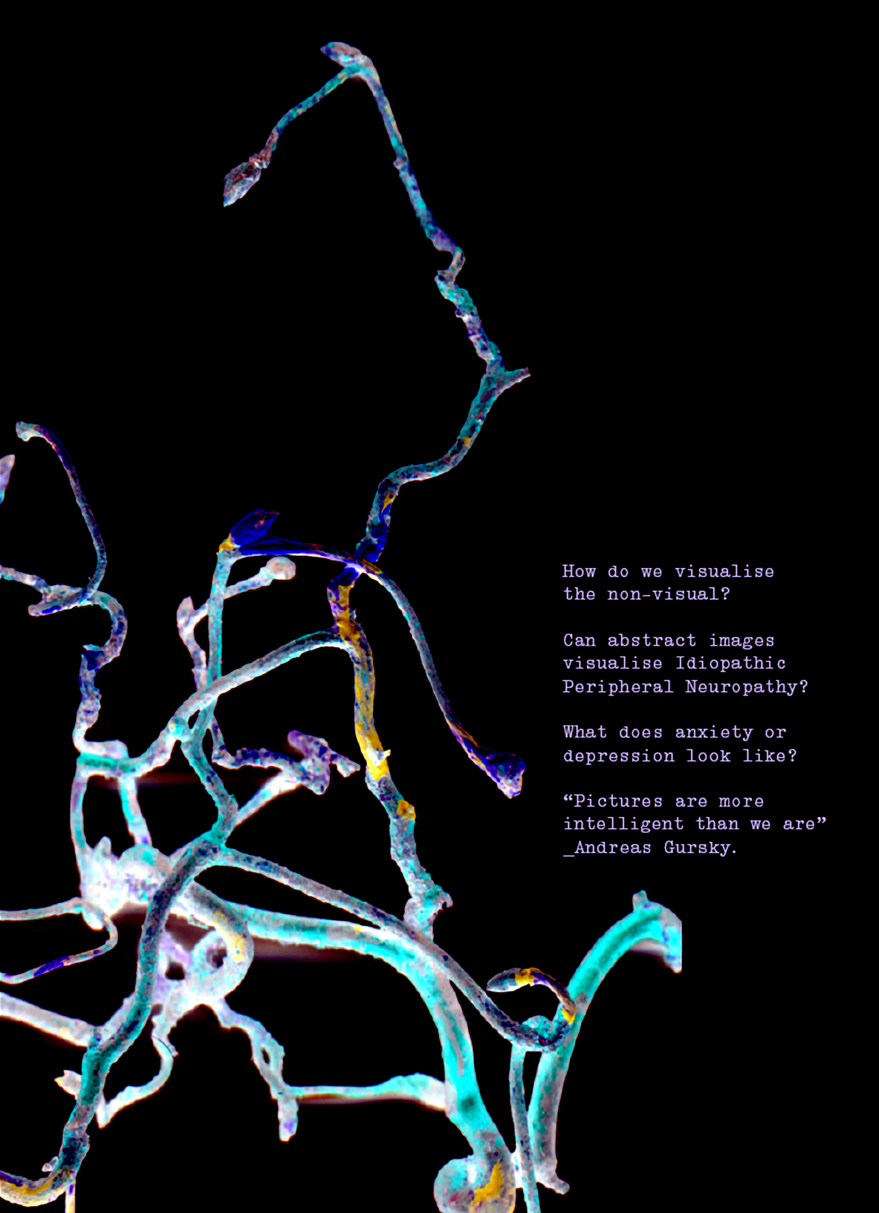 Abstract image denoting the a form of nerve sensation.

I came across a talk ‘Perception is the root of all evil by Deji Akingbaje on TEDxMHK. He used the term ‘be the verb, not the noun’ which segued to the point he was making. This led me to another of his talk with the title ‘Be the Verb, Not the Noun. In this talk he clearly stated why ‘Be the verb, not the noun’ formulates his strong philosophy. We become imprisoned by the nouns we choose to define ourselves, and as a result, limiting ourselves and our creativity by this association. Be the verb, not the noun applies to race, nationality, gender, age, religion, social statues, career specialization, etc.

In terms of career specialization, I identify myself as a graphic designer. By so doing, I have come to the realization that, not only do I feel a sense of entrapment, I feel like it limits my innate gift to perform, to paint, draw, act, podcast, take photos, write and so on. These things I have mentioned are also labelled as nouns in career specialization, how ironic. Think about it, a painter, an artist, an illustrator, a photographer, a writer, — you get the point.

The message is to break out from ‘the shackles of human expression’ as Deji puts it. I feel more emboldened when I say ‘hey! I paint, draw, design, rap (maybe), act, podcast, blog, etc’, without using ‘hierarchical nouns’ in this context as described by Deji.  There is no limit to what we can do. We become more proactive when we begin to see ourselves as verbs. We feel miserable to some extend doing the things we have limited ourselves to over and over again. We fall short of realizing our full potential by labelling ourselves as common nouns. Being the verb allows us the power to harness our innate ability to experiment, explore, create, express of geniuses guided by the actions of our instincts, our essence and passion.

I will leave you with this quote from Deji on his view on ‘be the verb’.

“If common sense tells us now that living with passion is the key to leading a successful life, why are so many of us still miserable? Why do we still struggle to live out loud as inventors and pioneers of our creative process? Why do hierarchies, racism and hate even still exist? — what I discovered on my journey is what I now believe to be ‘the shackles of human expression’. For as long as we continue to define ourselves as nouns, — race, nationality, gender, age, religion, career specialization, social statues, — we will never live to our fullest potential.” 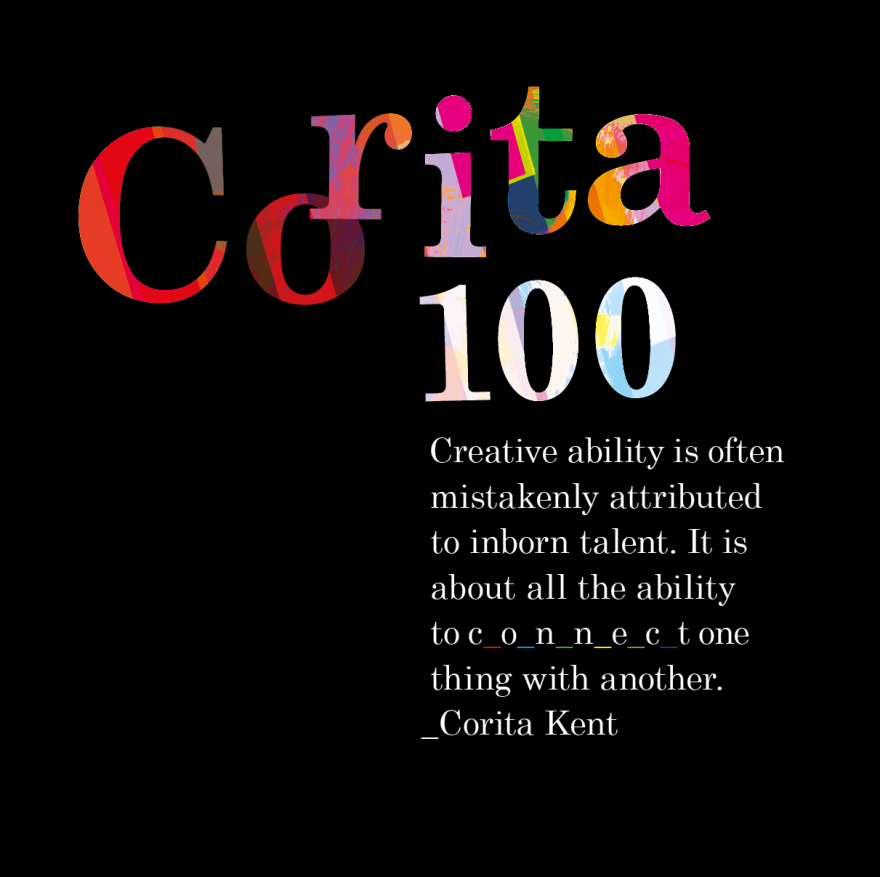 Creative ability is often mistakenly attributed to inborn talent. It is about all the ability to connect one thing with another. _Corita Kent 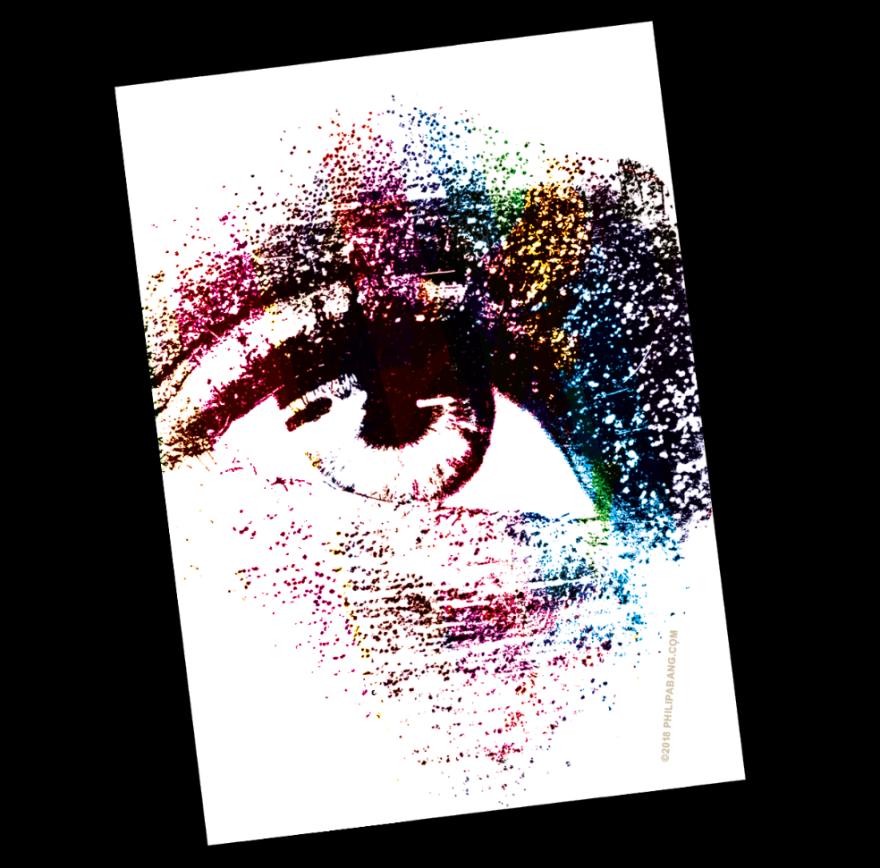