Sprint Finish is a project based on sports. Football and Tech design was created as a visual metaphor for the increasing growth of technology in the modern game. The introduction of goal-line technology, social media, video referees, TV graphics and so forth, has shifted the way we view the game. The posters are done via foiling to give a reflective and an eye-catching visual reflecting the attraction of modern technology, and artwork is transformed to motion through Augmented Reality.

The work featured on the Digital Arts platform as one of 15 Best of the Grad Shows 2017: New Designers. 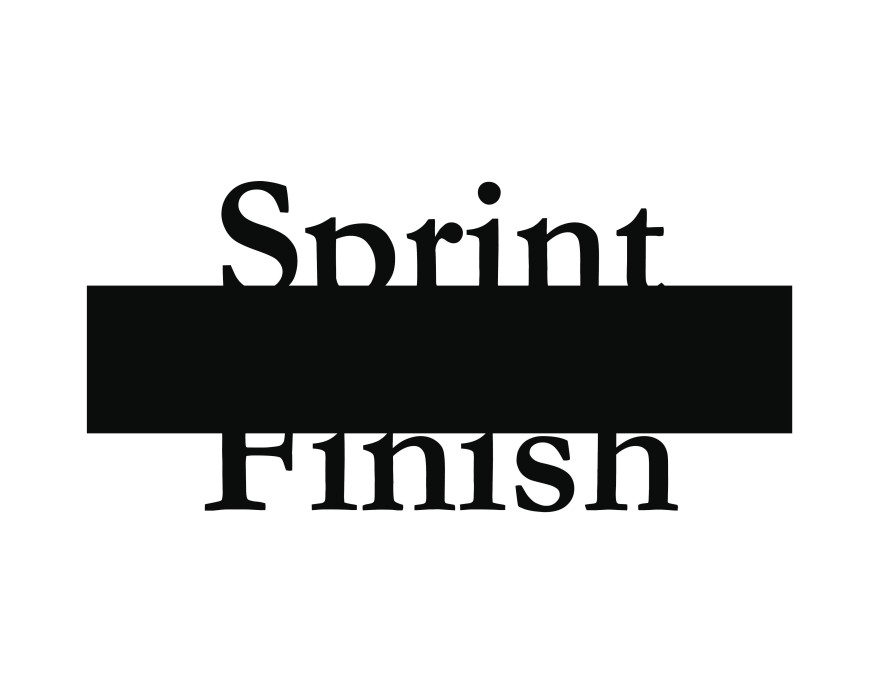 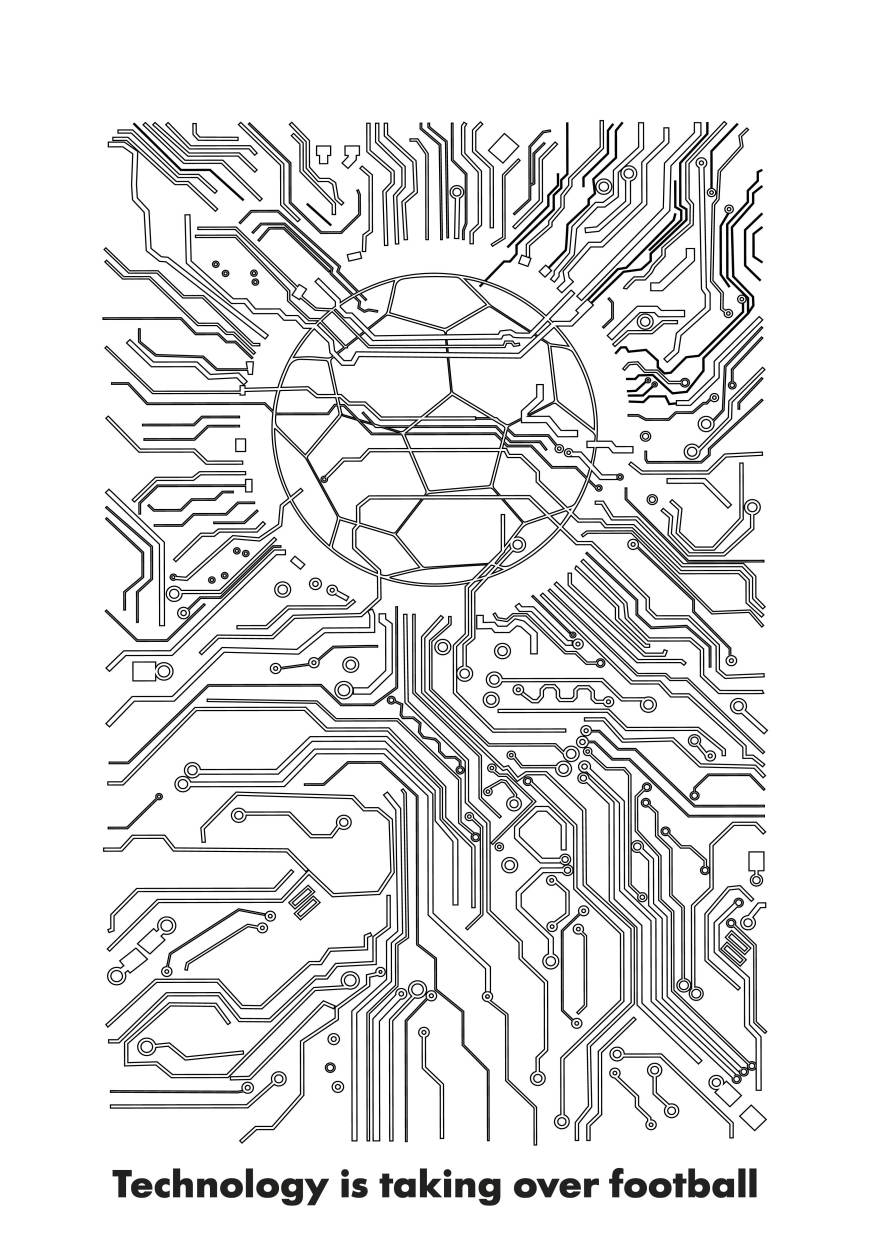 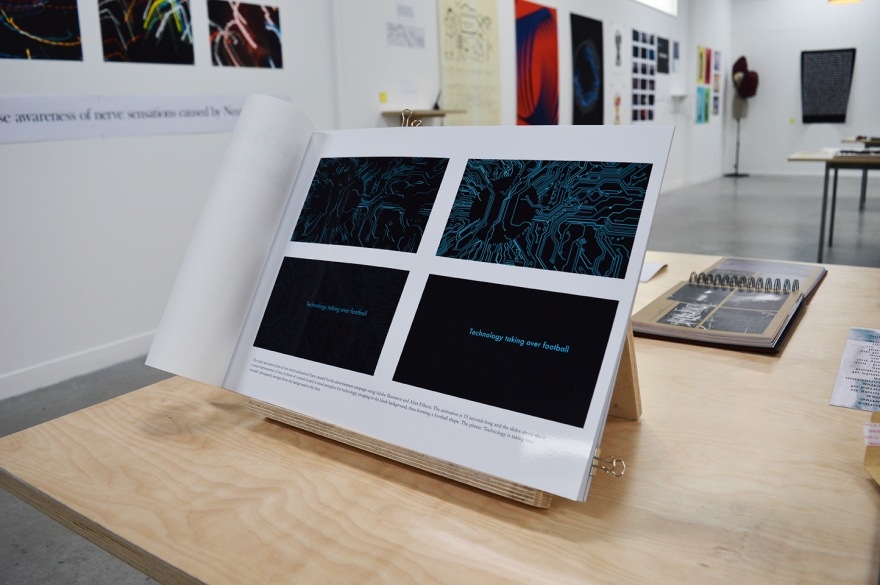 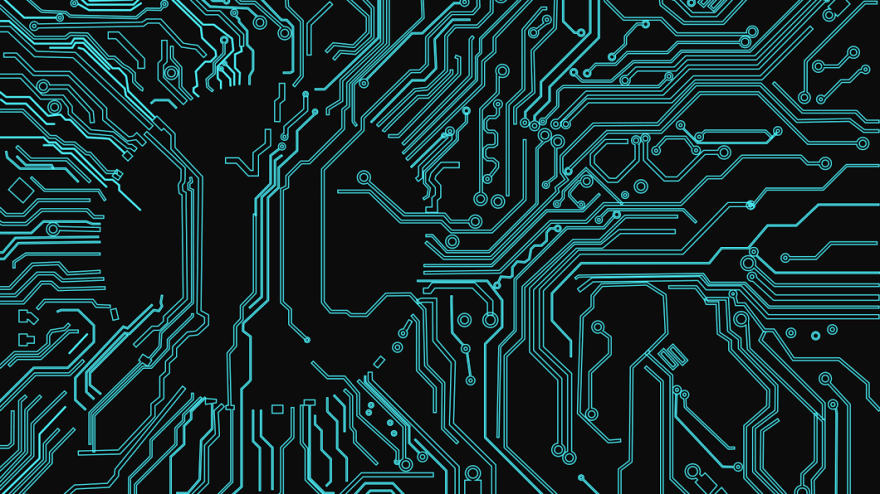 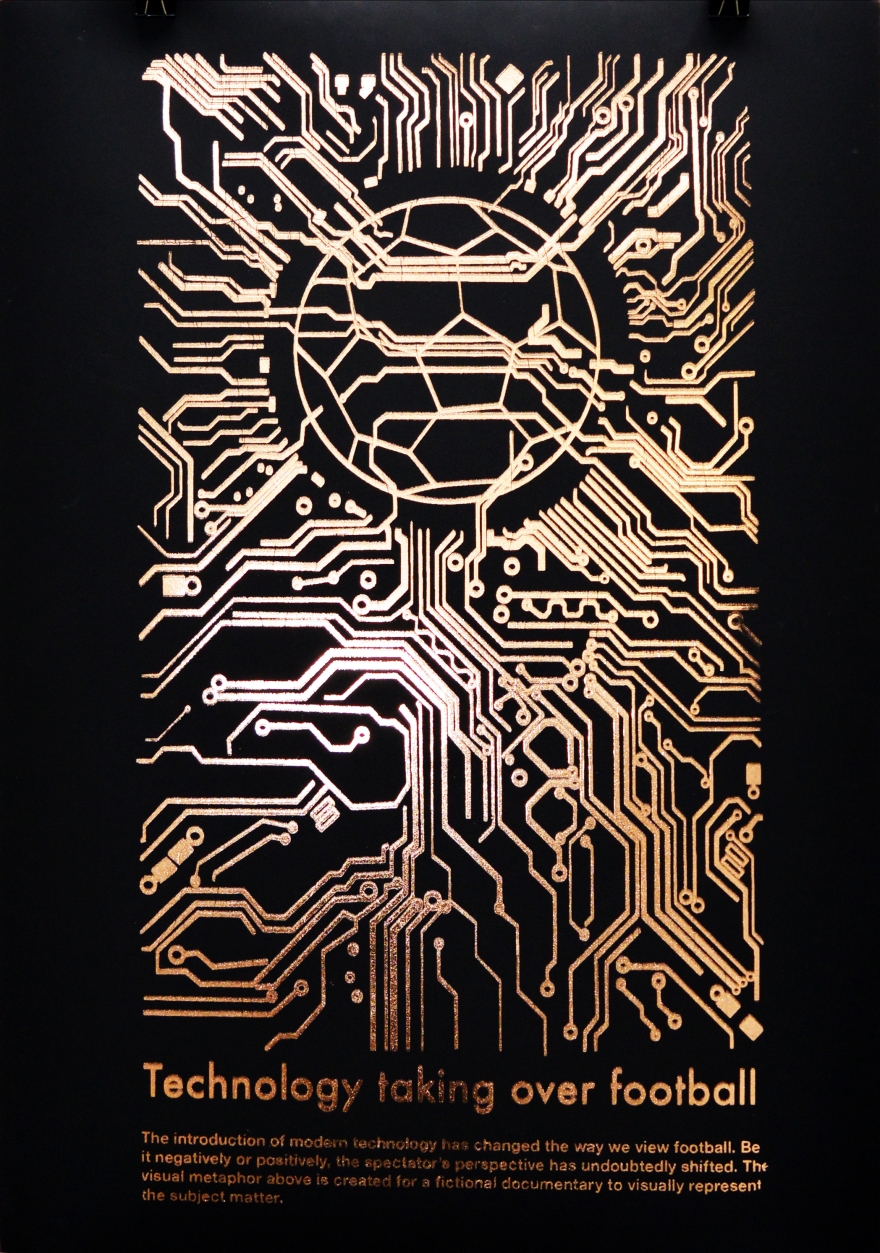 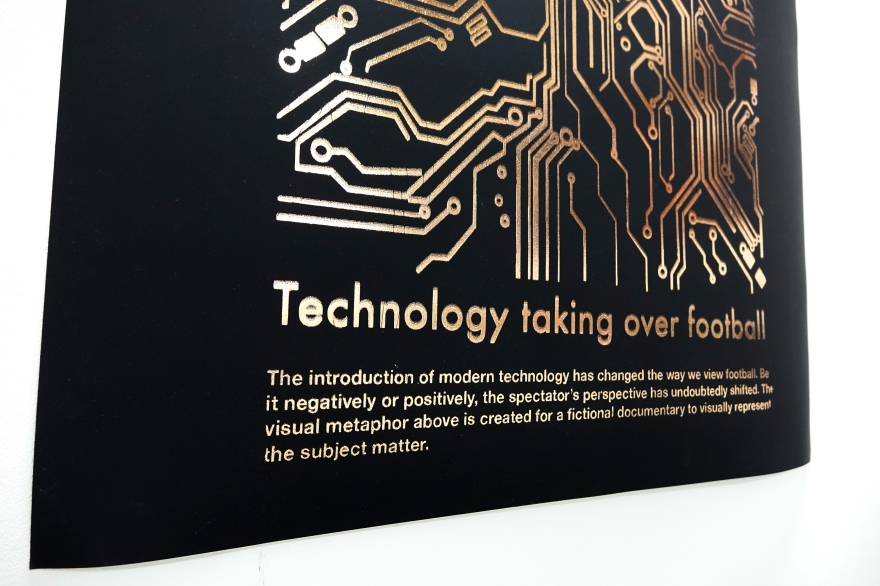 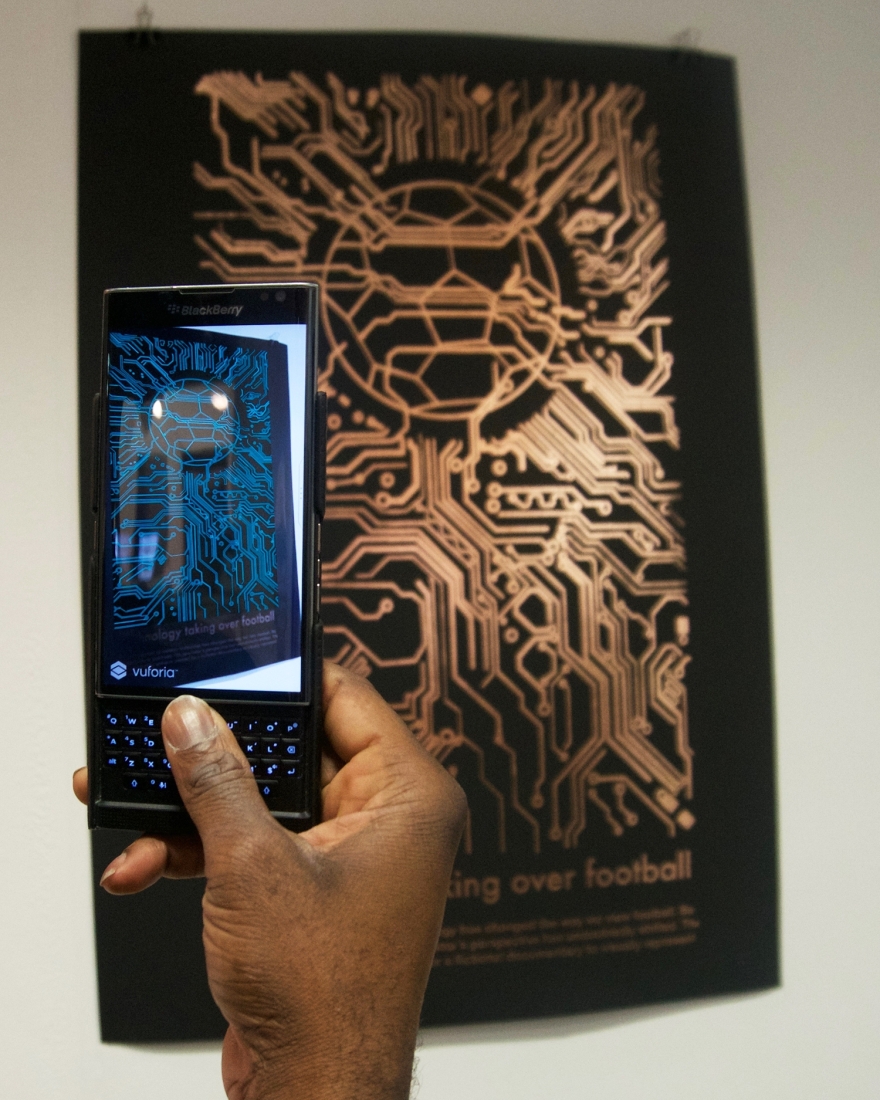 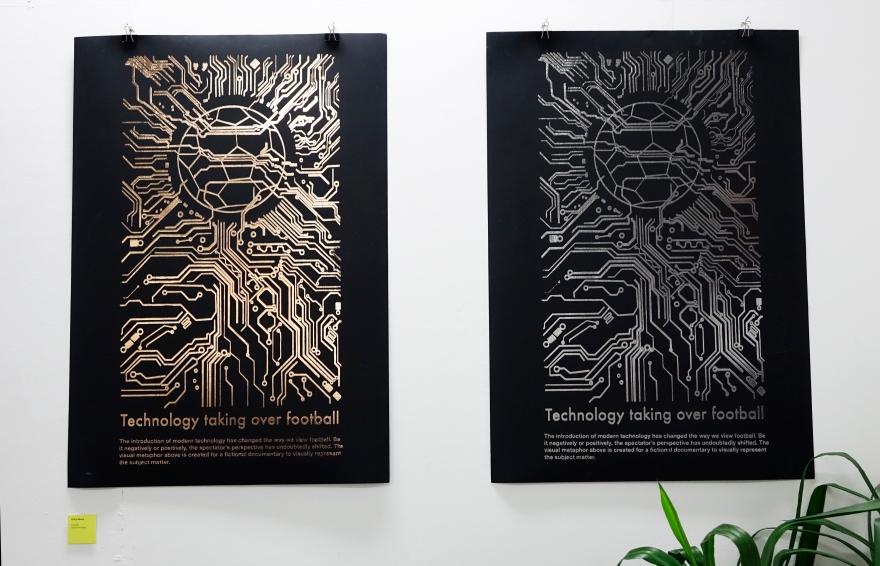